The much-publicised breakfast meeting between President Goodluck Jonathan and his estranged political mentor, Chief Olusegun Obasanjo in Kenya during the week was a hoax.

Authoritative sources disclosed that some presidential aides cashed on the unsolicited visit of Obasanjo to Jonathan at Intercontinental Hotel, Nairobi when he discovered that the president was in the same hotel with him to present it as an arranged forum.

Shortly after Obasanjo’s historic letter to the incumbent was leaked to the public through the media, the two leaders met in Kenya where they had travelled to participate at the country’s 50th independent anniversary celebration.

Although the media reports painted the meeting as if it was planned to smoothen the rough edges between Jonathan and Obasanjo over the second term ambition of the former, sources close to the Ota Farm and the Hilltop House of the former president said Obasanjo did not hold any breakfast meeting with Jonathan.

They claimed that there was never any breakfast meeting between them, adding that it was a “dramatic encounter” initiated by Obasanjo.

“Yes, we are aware of the so-called breakfast meeting between President Jonathan and Chief Obasanjo in Kenya as reported in the media; but let me tell you point blank that there was never any meeting as such.

Instead, Chief Obasanjo went to pay homage to the president, which is a usual practice but may be some presidential aides wanted to make news out of it in order to paint a different picture on what is going on in the polity,” the source disclosed.

Speaking further, the source explained that Obasanjo went to greet the president and in the process they both exchanged pleasantries and that was the end of the story.” 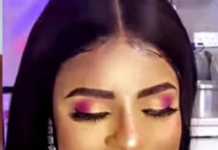 “You are lucky you don’t look like me, it would have been bad market for you” – Mr Ibu tells his daughter