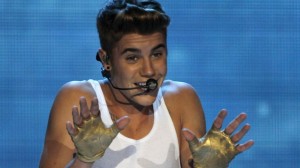 Pop star Justin Bieber announced he was retiring late Tuesday, and just two days later, TMZ released audio of 911 calls made by his security team earlier this month when a young woman had a medical emergency at one of the star’s famed parties.

During the call, a member of Bieber’s team asks for paramedics to come to help a young woman in her 20s who is hyperventilating. The person on the call then flip-flops and changes his story several times about what is wrong with the woman.

Shortly after paramedics were dispatched to go check on the woman at Bieber’s home, the same member of his team called back and requested to cancel the paramedics. During that call, he said the woman was never unconscious, she just had too much to drink and a member of the security team was taking her to the hospital.

TMZ reports that she was never actually taken to the hospital.