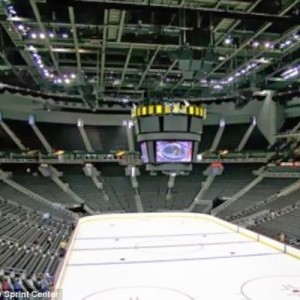 Good Music rapper, Kanye West crowned himself as one of the most successful artistes of his generation; Kanye even claimed that him and his baby mama, Kim are more influential than Barack Obama; now we can see how false the statement is.

“Kanye almost certainly could have filled the Sprint Center 5 years ago. Tuesday’s poor attendance indicates how his scandalous love life, frequent impolite pronouncements and his gradual shift away from conventional hip-hop have alienated many of his fans.’