KARMA! Man Cut In Half By Train While Fleeing a Home Invasion where he Stabbed a Victim Multiple Times 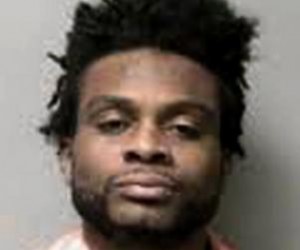 An Iowa man who allegedly stabbed a victim multiple times in a home invasion was sliced in half by a train as he fled the supposed crime scene.

Lopez Christian Webster, 32, reportedly entered a Des Moines home last Tuesday,ordering a man to his knees as two other occupants hid in another room, the Des Moines Register reported.

Webster allegedly yelled at victim Timothy Kingery before stabbing him three times with a small knife. Kingery told police Webster then took something from the residence before fleeing.

Ivan Nerey, 18, watched from his car as Webster ran alongside a train.

“As soon as it gets faster, this guy suddenly jumped between two cars there,” Nery said.

Webster was severed in half in the mistimed leap.

“Whatever he was trying to do, he wasn’t successful in doing that,” said Sgt. Jason Halifax of the Des Moines P.D. “He slipped, or didn’t make the jump, or didn’t clear the jump and landed on the tracks where the train ran him over.”

The engineer of the train didn’t realize he had run over Webster until authorities stopped the train at the next stop.

“I mean, why would you run right in between two cars of the train?” Nery asked.

According to the New York Daily News, Webster leaves behind two children. In the past, the man had been arrested for drug and assault charges.

He had been released from Polk County Jail last Monday after being held on a theft charge.

Share
Facebook
Twitter
WhatsApp
Previous articleBogus Sign Language Interpreter at Mandela’s Funeral Was Part of a Group that Burned 2 Men to Death
Next articleHarvard Student, Eldo Kim, Made Bomb Threats To Get Out Of Final Exam: FBI
- Advertisement -