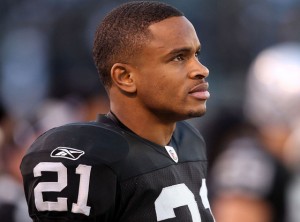 American actress — Kerry Washington will be all smiles now, as she doesn’t have to worry about any injuries being inflicted on her hubby Nnamdi Asomugha.

The couple will definitely be spending a lot of time together in time for the arrival of their baby in 2014.

The Nigerian-American NFL player announced his retirement from the NFL on Friday 27th December after 11 years on the field.

E! Online reports that he signed a ceremonial one-day contract with the Oakland Raiders so he can close out his career with the same team that drafted him 2003.