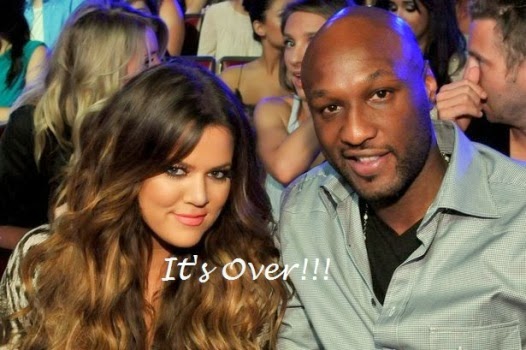 The couple have been playing it cool for months, hanging out together then ignoring each other the next day.

But it seems that’s finally over.

Khloe Kardashian has finally filed for divorce from Lamar after four years together.

See how TMZ reports it: –

In the legal docs, filed by disso-queen Laura Wasser, Khloe cites “irreconcilable differences.”
And Khloe is asking the judge to take Odom out of her name, so she is once again simply Khloe Kardashian … eliminating Odom from her life in every way.

And, Khloe is not asking for spousal support and wants the judge to reject any bid by Lamar for the same, TMZ reports.
Remember their fragrance Unbreakable by Khloe and Lamar? Guess they are breakable after all. Sad to see these two end their marriage. Khloe is reportedly now secretly dating Rihanna’s ex, Matt Kemp.