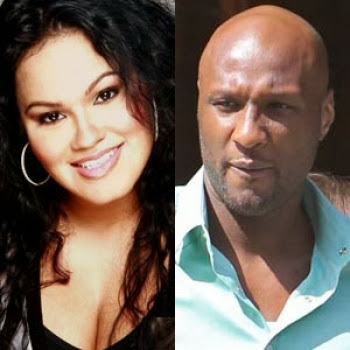 According to Radar Online, newly single Lamar Odom has been leaning heavily on the mother of his two children, Liza Morales, in the aftermath of Khloe Kardashian filing for divorce…

Just days after Khloe Kardashian filed for divorce from Lamar Odom, she’s already rebounding with Rihanna‘s ex, Matt Kemp. And now, RadarOnline.com has learned, Odom is finding support in an unlikely source as well: his ex, Liza Morales!
“Lamar has been talking to Liza in the last few weeks, and she has been a tremendous source of strength for him,” a source close to Odom reveals. “Khloe was always insanely jealous of Liza and that is why Lamar distanced himself. He now recognizes that was a mistake.”
In fact, Radar has learned, Odom will be spending the holidays back in New York with
Morales and his two children by her, Destiny, 15, and Lamar Jr., 11.
Lamar and Liza began dating when she was 16 and were together for ten years before the death of their third child, Jayden, from SIDS ended their relationship.

Liza did an interview last year saying she was shocked at how quickly Lamar moved on after they broke up and how he refused to marry her after ten years together but married Khloe just a month after meeting her.