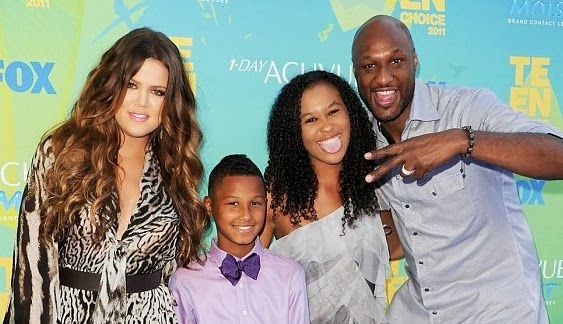 You all heard about the official divorce papers served by Khloe Kardashian to Lamar Odom?!?

Well, Lamar Odom’s 15 year old daughter Destiny used to be very tight and close to Khloe Kardashian, infact, they were once ‘besties’.

Apparently, after Khloe filed for divorce, Destiny has taken sides with her father (obviously) and slamming Khloe.

Destiny Odom spoke out publicly over the weekend saying that she hopes her father never gets back with Khloe.

“No one thought they were going to last, so honestly, who cares. I don’t want it to happen anyways. I have him all to myself now!”
she wrote on her ask.fm page when a fan asked about the divorce.

And When asked if she would still be cool with Khloe after the divorce, Destiny simply responded “hahahahaahaahaa.”