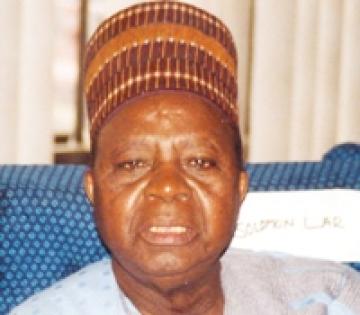 Mausoleum of the late Chief Solomon Lar, being built at about N28 million, will be ready on Thursday, the contractor, Mr Kefas Lar, has said.

The contractor told the News Agency of Nigeria (NAN) on Tuesday in Langtang that the construction of the tomb was being done through direct labour, else, the cost would have been more.

“The mausoleum, which construction began three weeks ago, had been the wish of my late brother in-law; and I so designed it in accordance with his will.

“Chief Lar, right from when he was in primary school, was interested in the white man’s house, which we refer to in our dialect as “Zhimogo” (a rectangular house).

“So the Zhimogo or the mausoleum was tied to history as it dated back to 345 BC. It began with the Persian King, who built a mausoleum which remained until 1450 AD when it was destroyed by an earthquake”, he said.

According to him, Lar’s kind of mausoleum was reinforced with concrete structures and slight windows mainly for preservation.

“The mausoleum will be tiled from the inside out to give it the desired shape and beauty.

“That is why all the tillers, carpenters, painters are brought from Abuja and with me supervising what I designed and built personally”, he said.

He said the late politician law deserved a befitting burial.

The contractor said that he was working day and night to ensure that the mausoleum was completed before Friday when Lar would be laid to rest. (NAN)