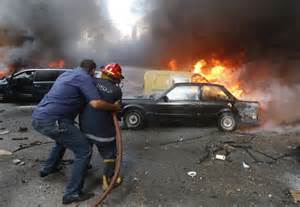 Lebanon’s state news agency says a 19-year-old man wounded in the car bombing in central Beirut has died, raising the death toll in the attack to seven.

The 62-year-old Chatah, who was a critic of Syria and its Lebanese ally Hezbollah, also was killed in the explosion.

Officials say Chatah is to be buried at noon on Sunday in the towering Mohammed Al-Amin Mosque in downtown Beirut.
The Lebanese government has declared Sunday a day of mourning.