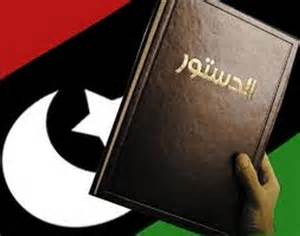 Libya’s National Assembly has voted to make Sharia, Islamic law, the foundation of all legislation and state institutions in the country.

The immediate scope of the General National Congress”s (GNC) decision on Wednesday was not clear, but a special committee will review all existing laws to guarantee they comply with Islamic law.

“Islamic law is the source of legislation in Libya,” the GNC said in a statement after the vote. “All state institutions need to comply with this.”

The decision may impact banking, criminal and financial laws. One specific reform might include a shift to Islamic finance regulations that avoid interest and pure speculation.

Libya has been in a state of transition for two years, with no new constitution, since the NATO-backed uprising that ousted Muammar Gaddafi.

The GNC’s decision came shortly before a vote to form a 60-member committee that will draft the new constitution.

As in Tunisia and Egypt where autocratic leaders were ousted in Arab Spring revolts, Libya has seen fierce debate over the role of Islam in its new democracy.

The Muslim Brotherhood’s Justice and Construction party is one of the most well-organised forces in Libya and promotes Islamic law.

But the secular-leaning National Front Alliance, formed after the revolt, calls for a more liberal position.

Unlike codified Western law, Sharia is more loosely based on moral and legal guidelines of the Quran, the sayings of the Prophet Mohammed and Muslim traditions.[Reuters]