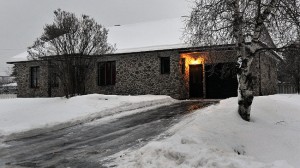 A judge has ordered a homeowner to fork over $313,000 for selling his house without telling the buyers the previous owners had died in a murder-suicide.

In October 2012, a young couple thought they had bought their dream home in north-end Quebec City until they met a neighbour.

It was then that they found out what had happened in the basement in August 2010.

The new buyers were horrified and sued Mercier.

“We didn’t sleep a single night in the house,” one of the owners told QMI Agency.

The young couple accused Mercier of selling the home in “bad faith” and a Superior Court judge agreed.

The spooked couple is happy to have won the lawsuit, but they’re not out of the woods yet.

“We still own the house,” the litigant said.