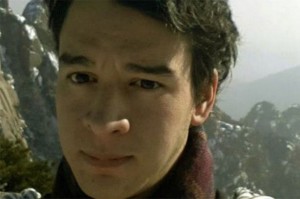 A love-struck Kiwi tracked down the object of his affection on Facebook following a year-long search – only for her to go to ground and delete every one of her social media accounts.

He found the girl just crying at the side of the road after she had lost her friends and become lost.

They went out drinking and dancing, and eventually parted ways around 6am on New Year’s Day, when ‘Katie’ found her friends again.

Although the pair did not exchange email addresses, numbers, or even surnames, ‘Katie’s’ last words as she drifted off back to her friends were apparently “find me.”

McKee took her at her word. Armed with only a picture he found on his phone the next day, he started to look for her.

“I got the idea to use Facebook in June but the timing wasn’t right. I think this time of year people have hope for the magic (of Christmas),” McKee told the New Zealand Herald.

He started his Facebook appeal in the first week of December and was soon swamped with people eager to help him find his mystery woman.

His page was shared thousands of times, with hundreds posting their good luck on his wall.

The online cupids did indeed track down ‘Katie’ and inundated her with thousands of messages and requests.

She responded by deleting every one of her social media accounts and going offline.

McKee said: “The Facebook thing was getting out of hand. They tracked down every Katie in the DC area.”

McKee has since taken down the Facebook appeal and says he is going to wait till the furore has died down until he reaches out to the girl himself.

He has also turned down numerous offers from media across the world to talk about his story, and admitted he was a little “naive” in underestimating how big the search could get.

“I’m just looking to settle it down,” he said.

“It was a hell of a lot of pressure, after the second day it sort of dawned on me that if I was going through this much, then there was going to be an incredible wave of pressure slammed into her.”