Home National News Odd News Man Who Sued the Dominican Republic Because it Rained Has Been Punished...
Facebook
Twitter
WhatsApp 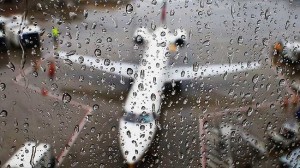 The man who sued the Dominican Republic because it rained during his vacation has been labelled a “quarrelsome litigant” by a Quebec judge.

Being labelled as such means Bruno Leduc can no longer file a lawsuit unless he gets prior authorization from the court.

Labelling a citizen a “quarrelsome litigant” in Quebec is an uncommon procedure. A judge must believe that someone “often demonstrates stubbornness and narcissism” and his or her claims are “at the limit of being rational.”

Court documents state that Leduc filed 70 small claims against people or companies over the past several years. Within three months in 2012, Leduc filed 19 claims.

Court of Quebec Justice Diane Quenneville ruled last month that “the court has no hesitation to conclude that Leduc is abusing the justice system.”

Leduc sued the consulate of the Dominican Republic as well as airline Transat, for damages, because it rained when he spent time in the country, and because he hurt his leg when he descended the airplane.

Leduc sued Cosco Wholesale Canada for $500 because staff took too long to put a lawn mower that he wanted to purchase, on his carriage.

Air Canada staff kicked Leduc off a plane when he wouldn’t move to the economy class seat he had paid for, from the business class seat he was sitting in. He responded by suing the airline for over $4,000.

QMI Agency was unable to reach Leduc’s attorney on Saturday.