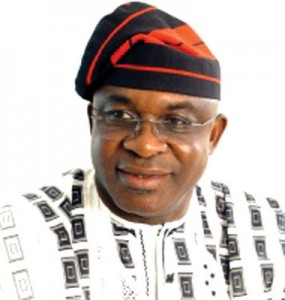 Senate President, David Mark, on Sunday appealed to the striking Academic Staff Union of Universities (ASUU) to return to work.

Mark made the plea in a statement issued by the Chief Press Secretary to the Senate President, Paul Mumeh, in Abuja read while commissioning a lecture theatre donated to the School of Management Sciences at the Kano State Polytechnic by Senator Kabiru Gaya.

According to him, calling off the strike would salvage the already battered education sector from further deteriorating.

He also urged the Federal Government not to carry out its sack threat on ASUU members on account of the lingering strike.

“We have reached a situation where hard line positions would worsen the situation. My plea to ASUU is to resume classes while negotiation continues.”

“The strike has done enough damage to our universities. They have also made their points and I think we should reason together and end this matter once and for all.

“Nobody, including the university teachers can be said to be enjoying this crisis. It is a huge cost on government, parents, the management, staff and students themselves.

“ASUU over the years has enjoyed the sympathy of Nigerians. I am afraid, if they remain adamant on this, they would lose the sympathy and support of the people,” he said.

He reiterated the inevitability of quality and functional education for the survival of any nation, saying that everything needed to be done should not be compromised, to save the education sector.

He thanked the senator for the good gesture and appealed to corporate organisations, individuals and groups to emulate the senator and join hands in developing the education sector.

Sen. Gaya said the projects were part of his commitment to give back to the society in positive ways and ultimately address the water supply deficiency faced by the people.