While a few African millionaires and billionaires may have more money than most of us can ever dream of, here are a handful of young Africans in their 20s and 30s who have built businesses and amassed enviable million-dollar fortunes.

Below is a list of the top 5 richest Africans in their 20s and 30s. 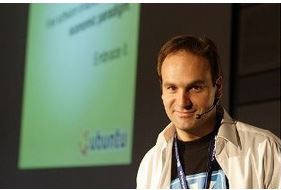 When Shuttleworth was 22, he founded Thawte, a digital certificate and internet security company which he sold to VeriSign for $575 million in 1999, when he was 26. Shuttleworth used a fraction of his proceeds to start HBD Capital (now called Knife Capital), a Cape Town-based emerging markets investment fund.

HBD has made a series of successful exits including Fundamo, a mobile financial services company which was acquired by Visa for $110 million in 2011; and csense, which was acquired by GE Intelligent Platforms the same year. Shuttleworth also founded and funds Ubuntu, a computer operating system which he distributes as free open source software. Shuttleworth has a net worth north of $500 million.

Age: 29
Co-Founder and CEO, Mara Group
Thakkar, 29 is a co-founder and CEO of Mara Group – a Ugandan conglomerate with tentacles in financial services, hotels, renewable energy, technology and manufacturing. Mara Group operates in four continents and its annual revenues are approximately $100 million. Thakkar provides mentorship and seed funding to young East African entrepreneurs through his Mara Foundation. Also funds an independent charity focused on improving education quality in disadvantaged secondary schools in Uganda. The Mara Group recently signed a $300 million deal with the Tanzanian government to develop a 3.5 million square foot state of the art mini-city.

Ladi Delano made his first millions as a liquor entrepreneur while living in China. In 2004, at age 22, he founded Solidarnosc Asia, a Chinese alcoholic beverage company that made Solid XS, a premium brand of vodka. Solid XS went on to achieve over 50% market share in China. He sold the company for $15 million and invested his funds into his next venture-The Delano Reid Group, a real estate investment holding company focused on mainland China. He is the co-founder and Chief Executive Officer of Bakrie Delano Africa (BDA) – a $1 billion joint venture with the $15 billion (market cap) Bakrie Group of Indonesia. Bakrie Delano Africa is responsible for identifying investment opportunities in mining, agriculture and oil & gas and executing them.

Stanford is a software entrepreneur and venture capitalist. After dropping out off high school, Stanford set out to launch an internet security company which flopped. Today, Stanford’s ESET (a Slovakian anti-virus software package) Southern Africa operates the ESET brand in the region and sells ESET’s range of internet security products in about 20 sub-Saharan countries. Stanford’s ESET brand records over $10 million in annual turnover and controls 5% of the anti-virus market in Southern Africa. Stanford is also the founding partner of 4Di Capital, a Cape Town-based venture capital fund. He is also a co-founder of the Silicon Cape Initiative, a non-profit movement that aims to turn the Cape into Africa’s own Silicon Valley.

In 2004 Magatte Wade founded Adina World Beat Beverages, a San Francisco beverage company that manufactures coffee, tea and fruit juices using traditional beverage recipes across Africa and organic ingredients sourced from smallholder farmers in Africa and Asia. Within five years of launching, Adina raised over $30 million and the products began being sold by Whole Foods and United Natural Foods. Magatte stepped down from her position as CEO to grow her second company, Tiossan, a manufacturer of luxury skin care products based on indigenous Senegalese recipes.