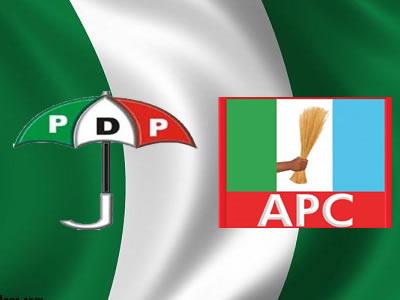 More members of the Peoples Democratic Party (PDP) including governors, senators and members of the House of Representatives would dump the ruling party for the opposition All Progressives Congress (APC) next year, Secretary to Edo State Government, Prof. Julius Ihonvbere has said.

Ihonvbere, a former PDP stalwart, who spoke weekend when he received a delegation of Edo In Safe Hands, a political group at the Government House, Benin City, however, called on members of the APC to work hard and become the ruling party.

“If somebody told me we will have this number of governors in this number of states as APC states, I will ask the person which crystal ball did you look at, but politics in Nigeria works in different ways and if the Federal Government and the PDP people continue to behave the way they are behaving, it is very clear they will lose more Governors, Senators, House of Representatives members to the APC.

“When you visit pain, violence, indiscipline, arrogance of power, corruption, gross dictatorship, and violation of the Constitution, it gets to a point when the people will stop and reflect and decide to take another part. I think that part which our people have decided to take is the APC and we pray to God to give us the ability, energy, vision, commitment, the right leader to manage this progress.

“What is going on now in the nation is giving all of us serious concern; whether 2015 will come at all or what will now happen. When you look at the indictment of the Aviation Ministter by the House of Representatives, whether you look at the missing $50billion or previous criminal and unpardonable looting from Siemens to Halliburton to the housing scam, or the $50billion they want to use to buy telephones for farmers and I have not seen one phone in the hand of a farmer that came from the Federal Government.

“I want to thank everyone for the support for the Comrade Governor. He deserves our prayers and encouragement. He is a leader who has that courage to stand out and say follow me and he is able to combine in him, several qualities of integrity, credibility, ability to listen to people and respond accordingly”, Ihonvbere added.