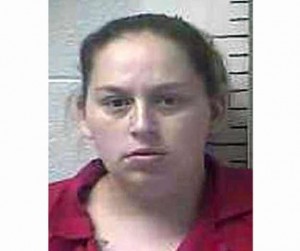 Leeanna Brown, a 24-year-old mother in Kentucky, allegedly tried selling her newborn baby daughter. Not once, but twice. How does that work, exactly?

She first tried selling her baby for $5,000 to an unnamed person, but the deal fell apart. The second time, Brown gave the baby to Luonda Martin, her cousin.

As part of the alleged deal, Brown wanted Martin to pay her court costs and fines for another case she had pending, local station WAVE 3 News reports.

It has not been confirmed whether Martin paid Brown, but the bizarre case has taken another twist as now the biological mother wants the infant back.

Tuesday, Martin showed up at a local police station and told cops that she had been under the impression Brown had given her custody of the child.

Martin had even posted photos of the baby on Facebook with captions referring to the child as hers. Virgil Willoughby, an Elizabethtown police officer, said.

“It’s bizarre. You can’t just arbitrarily make a decision that ‘I’m going to give this child to person A, B, or C’ and take money in exchange for that.”

Legally, she’s right. You cannot do this. Brown is now being charged with selling or purchasing a child for adoption and faces up to five years in prison.

Other court records revealed that the biological mother had prior convictions for check fraud, shoplifting and possession of a controlled substance.

Brown also has two other kids, a 1-year-old and a 2-year-old, who were with other families, according to the arrest warrant obtained by WAVE 3 News.

All three children are now in custody with child protective services.