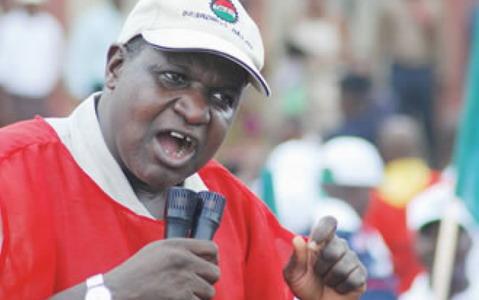 The Nigeria Labour Congress (NLC) has disclosed that to achieve a successful national conference, critical issues such as true federalism, system of government and revenue sharing formula, must be discussed.

In a statement signed by its Chairman on National Conference committee, Joe Ajaero and Secretary, Benson Upah, in Abuja, NLC also queried why the Senator (Dr) Femi Okurounmu-led Presidential Advisory Committee did not consult with labour movement at the early stage of its work.

Already, the committee has submitted its recommendations derived from the various town-hall meetings it held across the country to President Goodluck Jonathan.

But NLC, while underscoring its importance, said it is a “a pan-Nigerian organisation with millions of membership and a critical stakeholder in the polity”, adding that “We believe [that] the report of the committee will not be complete without consultations with the organised labour and other critical stakeholders.

“While its sojourn to 13 zones may have availed it some information, this information will not take the committee beyond the realms of previous conferences. In other words, this could be a leap of the toad”, it said.

Congress further stated that “specific areas that must be debated by the participants at the conference must include character of the federating units (zones/regions), revenue formula (sharing and allocation of responsibilities), structure of police (federal/regional/zonal), system of government (presidential/parliamentary), resource management for national development, electoral reform, independence of anti-corruption agencies and the judiciary as well as creation of a new constitution for the country”.

It said the call for a national conference became necessary because the “promise of independence and the commitment of the federal structure (national and regional) to build a welfare state and the consolidation of a true federalism have not been realized”.

While expressing optimism that the national conference will be successful, NLC said the dialogue will help address the question of where the country could have been in several aspects.