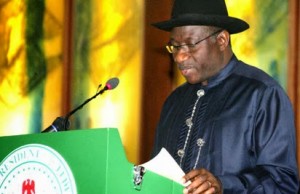 If no one would praise me, I will praise myself, according to a Yoruba adage. This is why the Presidency, yesterday, reviewed its performance in the outgoing year and gave itself a pass mark, saying it recorded unprecedented feat despite distractions from the opposition.

In a statement by the Senior Special Assistant to the President on Public Affairs, Dr. Doyin Okupe, the presidency gave the presidential score card, boasting that during the year, major policies were made and key projects executed for the good of Nigerians.

Okupe noted that contrary to impressions being created by vocal leaders of the opposition, Nigeria, under President Goodluck Jonathan has moved significantly forward in many sectors than it was in 2011.

He said that the transformation which had taken place in the economy, transportation, agriculture, power and other critical sectors were the routes which all developed nations had taken before now but which unfortunately had not been taken by Nigeria before now.

“It is an incontrovertible fact that Nigeria under Jonathan has reduced its food imports by about 40 per cent and increased its local production of rice, cassava, sorghum, cotton and cocoa in percentages ranging from 25 to 56 in the last two years.

“For the first time since independence, the Nigerian agricultural sector is attracting unprecedented Foreign Direct Investment. Over the past two years, the sector has attracted $ 4 billion in private sector executed letters of commitment to invest in agricultural value chains, from food crops, to export crops, fisheries and livestock.

“The number of private sector seed companies grew from 10 to 70 within one year. Over $ 7 billion of investments from Nigerian businesses have been made to develop new fertilizer manufacturing plants, which will make Nigeria the largest producer and exporter of fertilizer in Africa. It is also noteworthy that agricultural lending as a share of total bank lending has risen from two per cent to six per cent in two years.

“On the power sector reforms initiated by President Goodluck Jonathan in 2010, Okupe explained that the major component of the reform which is the privatization of the generation and distribution power infrastructure was successfully accomplished in 2013 thus putting Nigeria on a sure path of steady power supply in a no distant future.”

Okupe explained that with the completion of this process and the 10 NIPP projects, Nigeria would for the first time in history move away from vertically integrated state-owned and very poorly managed electricity industry to a modern private sector-led fully regulated market with the right incentives capable of attracting accelerated new investments to kick start the re-industrialization of Nigeria.

He also said that the Jonathan administration brought about the recovery of the Nigerian stock exchange, which he said was made possible by a combination of sound fiscal and monetary policies as well as a transparent conduct of state affairs in a manner which has rekindled investors’ confidence in the Nigerian market.

Okupe said those who always seek to use the security challenges in some parts of Northern Nigeria as the only barometer to measure President Jonathan’s performance were not being fair to the President, considering the fact that the war on insurgency and terrorism had never been a quick fix anywhere in the world.

While reminding the public that bombings and killings by insurgents happened in Kano, Kogi, Niger, Yobe, Borno, Sokoto, Adamawa and the Federal Capital Territory in 2011 and 2012, the Presidential aide noted that the activities of the terrorists had been largely contained and restricted to one or two states in 2013.

“Yes, we are not where we hope to be but it will be sheer mischief to insist that we are where we were or as some wickedly say, we are worse than we were. Definitely, their position is not based on facts and so should be ignored by Nigerians” he stated.

Okupe reiterated the determination of President Jonathan to remain steadfast in his pursuit of accelerated economic growth and stability, peace and development of all parts of Nigeria.

He also promised that the Federal Government would consolidate on the growth recorded in the outgoing year by completing all ongoing projects as well as initiating new programmes and projects especially in sectors capable of creating jobs for Nigerians.