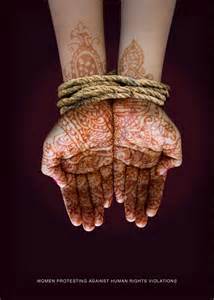 Nigeria has been ranked as the world’s 10th worst human rights offender, according to a global rights watch.

In its 2014 Human Rights Risk Atlas, Maplecroft revealed that in the past six years, the number of countries with an “extreme risk” of human rights offences has risen dramatically. And Nigeria is 10 on that list. In fact the country falls within those classified as extreme.

On the economy and environment, the report said, “the economies of Myanmar (8th), Nigeria (10th), Ethiopia (28th), and Indonesia (30th), present a particularly high risk to business.

“In such economies, a high rate of deforestation, coupled with the unchecked conduct of security forces and a climate of impunity for human rights violations has led to a high risk of ‘land grabs’ at the expense of indigenous peoples rights, property rights and minority rights.”

Several countries in sub-Saharan Africa also made the list of the top 10 worst offenders, primarily for ongoing ethnic conflicts and s*xual violence. [Vanguard]