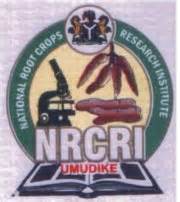 Chairman of the board of National Root Crop Research Institute (NRCRI), Umudike, Abia State, Chief Wole Aina has said Nigeria’s revenue from cassava production would increase exponentially, following how output has been doubled in the last one year to ensure the nation continues to retain its position as the largest producer of the crop in the world.

Making this observation yesterday while briefing Journalists at the end of the 74th meeting of the board, Aina said that the institute was poised to play its role in helping the nation to maximise its agricultural potentials.

According to him, it is projected that the nation would save N625 billion in foreign exchange from the implementation of the federal government’s policy of 20 per cent cassava substitution in bread and other confectioneries by the year 2014. This non-oil revenue earnings, he said could be channelled to improve the infrastructures in the universities as well as rural development.

Aina also said that the new board of NRCRI had resolved to drive the nation’s agricultural transformation policy by not only intensifying the research activities of the institute but also practicalising the business aspect of the transformation agenda.

He said that the board has resolved that NRCRI would establish a holding company as a business unit that would be generating revenue for the institute by setting up a cassava flour mill, bakery for making cassava bread as well as commercialising its poultry, fishery, apiculture, among other ventures.

“The board has vowed to make a mark by improving on the successes already recorded by the NRCRI,” he said, noting that so far the institute had, through research, come up with improved varieties of its mandate crops namely, cassava, yam, cocoyam, potato, and ginger.

He said that apart from cassava, “we intend to make Nigeria great player in potato (sweet and Irish), cocoyam and ginger.”

He said presently, there were 43 cassava varieties developed by the NRCRI in collaboration with the International Institute for Tropical Agriculture (IITA) Ibadan.

This, he said included the Pro Vitamin A, which is resistant to pests and diseases and has high yielding capacity of between 35 and 40 tons per hectare, compared to the traditional varieties that produce between 10 and 20 tons per hectare.

The board chairman said that the host communities should take advantage of the NRCRI to improve their farming activities in order to create wealth and eradicate poverty.