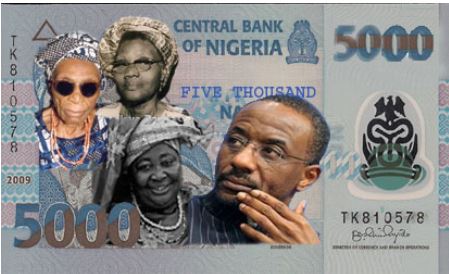 Speaking at the 5th Bankers’ Committee retreat held in Calabar, Cross River State, Mr. Sanusi addressed the questions of scarcity of lower denomination and increase in the volume of dirty banknotes in the economy.

“We have re-ordered banknotes and I think they have started arriving and probably you would have seen some improvements on that by now.”

As it was gathered at the retreat, the CBN, Bankers’ Committee agreed to deliver “price stability and economic growth in 2014,” and assured of promoting efficient and stable economy in Nigeria.

Mr. Sanusi disclosed that the Committee intends to modernise the payment system, shared services and infrastructure for the financial industry to reduce cost, also increase funding of small and medium enterprises, agriculture, power and telecommunication sectors.

“Modernisation of the financial services industry infrastructure and payment system is critical to reduce cost of services to the banking public,” the CBN Governor explained.

“We will continue to explore and develop areas of collaboration in shared services and infrastructure to reduce the operating cost structure of the industry.”

At the opening ceremony of the retreat, Mr. Sanusi challenged members of the Committee to make the Nigerian banking system best in the world. He recalled that at the first retrat held in Enugu back in 2009, the Committee had to take a series of “unpopular but courageous decisions and steps” to rescue the Nigerian banking system that was in a deep crisis.

He named a number of achievements that have been attained in the banking sector with him as the CBN Governor: on monetary policy, he pointed out that decisions were taken in a way devoid of arbitrariness, with members given the latitude to make their independent voting decisions. The Goveronor noted that personal statements of the individual members of the Monetary Policy Committee are now published alongside the actual decisions and are public records.

“In the wake of this, stability had been maintained over the years and inflation driven down from over 13 per cent in 2009 to below 7.8 per cent as at October 2013. It is expected that the single-digit inflation will sustain through the foreseeable future,” Mr. Sanusi stated, and added that, as far as monetary policy is concerned, the CBN has delivered 100 per cent on its mandate.

On exchange rate stability Mr. Sanusi said that while the currencies of most emerging markets lost appreciable value in their currencies, in double digit range, the naira lost only 2.3 per cent during the period.