Chief Olusegun Obasanjo’s damning letter to President Goodluck Jonathan must rank as the most narcissistic (and the narcissism of our rulers is legendary) action of any Nigerian ruler in recent times. 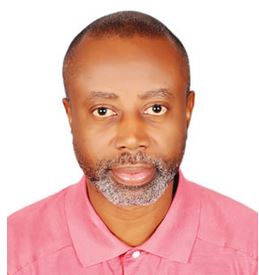 In the 18-page diatribe, Obasanjo took President Jonathan to task for his handling of corruption, insecurity, and the crisis in the ruling Peoples Democratic Party among other issues.

Like most Nigerians, the former president expressed deep concern about the tragic consequences of the current crisis. Unlike most Nigerians, however, Obasanjo has had two glorious opportunities to help turn around the fortune of Nigeria and he squandered both. Of course, it is easy to say we should focus on the message rather than the messenger. But this is one instance in which the messenger can’t be divorced from the message.

Obasanjo’s letter dated December 2, 2013, and titled, “Before it is too late” had all the telltale signs of a deeply troubled man. Rather than writing this particular letter, Obasanjo should have atoned for his many crimes against Nigeria and Nigerians.

It was bad enough that his eight years as president were a tragedy; to have imposed Umaru Yar’Adua and Goodluck Jonathan on the nation as a farewell gift is unpardonable. Perhaps, it was payback for the trenchant opposition to his third term agenda.

In his warped thinking, Obasanjo must have reasoned that his only option was to foist on Nigerians the very worst amongst us; people so inept and incapable that after a while we’ll be hankering after him. Looking back now, that theory has worked well as Nigerians now look with nostalgia at the Obasanjo era.

All the things Obasanjo said about President Jonathan and his administration may be true. But we can say the same and even more about the two Obasanjo’s administrations, 1976-1979 and 1999-2007. Obasanjo seems to have forgotten too soon his squabble with his deputy, Atiku Abubakar, that made a nonsense of governance, the political assassinations (including that of Bola Ige, his Attorney-General of the Federation and minister of justice) during his macabre rule, the massacres in Odi and Zaki Biam. The less said about corruption (who could forget the wholesale pillage of our patrimony in the name of privatisation) the better. Obasanjo laid the foundations on which President Jonathan is building and consolidating. He is acting out the Peoples Democratic Party’s playbook.

Obasanjo’s latest intervention is no doubt anchored on the politics of 2015. In his messianic posturing, he feels he has a divine right to determine or at least have a say on who emerges as president in the 2015 election, an election that may sound the death knell of Nigeria if we go by the postulations of Mujahid Dokubo-Asari, Junaid Mohammed and Farouk Adamu Aliyu for whom the election is a “do-or-die” affair, à la Obasanjo.

A few months ago, rather than participating in activities marking Democracy Day (May 29) that he and his military collaborators foisted on us, Obasanjo was in Jigawa State as guest of Governor Sule Lamido. He literally made a case for Lamido as the next president of Nigeria, the same Lamido whose two sons have been accused by the Economic and Financial Crimes Commission of laundering billions of Jigawa State funds through companies allegedly owned by the governor.

That is the problem with Nigeria: the Feeling of entitlement which the likes of Obasanjo and Ibrahim Babangida survive on. Obasanjo should realise that his “ethnic balancing” theory is not the solution to “strengthening the unity and stability of Nigeria.”

In the postscript to his letter, Obasanjo referenced Generals  Ibrahim  Babangida  and  Abdulsalami  Abubakar as those “who on  a  number  of  occasions  in  recent  times,  have  shared  with  me  their agonising  thoughts,  concerns  and  expressions  on  most  of  the  issues  I  have raised  in  this  letter  concerning  the  situation  and  future  of  our  country.” This simply, and amply too, shows that Nigeria and we (the 99 per cent who ought to decide the future of the country) are in a big trouble. It’s like asking cats to help improve the conditions of rats.

Suddenly, President Jonathan has become the alibi of a ruling class fearful of its imminent implosion. Earlier in the week, the Speaker of the House of Representatives, Aminu Tambuwal, who superintends over a house that reeks of corruption accused President Jonathan of paying lip service to the fight against corruption.

Many Nigerians know the problems of the country, and if the likes of Obasanjo and Babangida will allow, perhaps they can seriously begin the long and arduous task of fixing the mess created by these rulers.

Obasanjo has outlived his usefulness, if ever anyone found him useful. Now that he has confirmed that the man he imposed on the country is not fit to rule, we shouldn’t grant him the opportunity to decide the person to replace him. It is time we the people rose in unison to decide that.

Let no one be in doubt where I stand on the PDP, the Jonathan administration and our so-called democracy: To reecho Karl Maiaer, “This house has fallen.” There is no amount of letter writing or patchwork that can fix it.

Obasanjo should know that the train has left the station; that the problem he and his cohorts caused can’t be solved by letter writing but by a complete restructuring of the country.

Obasanjo, Babangida and company have lost all moral right to dictate how to define the new Nigeria we envisage.