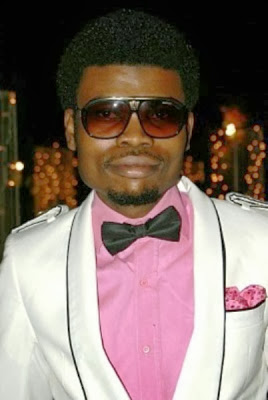 Talented and fast rising comedian, Omobaba isn’t the most handsome comedian you know, but probably one of the most confident.

The not so handsome comedian said in an interview that he doesn’t ask women out, that instead they ask him out.

In the recent interview with Encomium, when asked how he copes with female fans, this is what Omobaba had to say :-
“I have been coping, I respect my female fans. But coping with female fans I don’t ask them out, they ask me out. I don’t womanize, but women “mananize” me, permit me to use that language”.