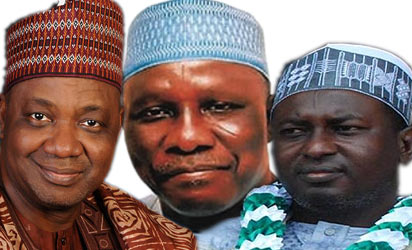 Vice President Namadi Sambo has said that the best way to immortalize his former deputy and late governor of Kaduna State, Sir Patrick Ibrahim Yakowa, was for Nigerians to continue to preach peace and unity which were two of the cardinal objectives the late governor stood for during his lifetime.

Speaking yesterday in Kaduna at a one-year remembrance lecture organised by the family of the late governor, the vice-president Sambo said that it is only in an atmosphere of peace and unity that meaningful development can be achieved.

According to Sambo, it was Yakowa’s all-encompassing posture, his benevolence, love for peace, tolerance, sense of peace and purposefulness as well as his humility that earned him the title of “Yakowa: Nakowa de Kowa”, which translates to “Yakowa, man of the people”.

He noted that the theme of the anniversary lecture – “Challenges and Responsibility of leadership in Nigeria: Legacies of late Patrick Ibrahim Yakowa and Achieving Peace and Unity in a Multiethnic and Multi Religious Environment,” aptly captured the life and time of the late governor.

The vice-president added that Yakowa left behind a worthy legacy of selfless service and patriotism.

“Yakowa, a man of peace, who made peace and unity the cardinal objective of his life. Today’s event is significant in so many ways to our dear state and indeed Nigeria. It is a testimonial of the enviable position that late Yakowa attained in his life which earned him a place in the annals of history”, Mr. Sambo said.

“Convening this lecture to honour this figure is a proof that Yakowa has rendered selfless service to mankind. Yakowa will remain in our memory for the exemplary life he has lived. He will be best remembered for his accommodative posture, his benevolence, love for peace, tolerance, sense of peace and purposeful as well as humility which earned him the title, Yakowa Nakowa de kowa, meaning the man of the people.

“Yakowa is to me, a brother, friend, colleague and confidant. We have together served this state in various capacities. As a thorough breed civil servant, he brought his experience to bear in any assignment he carried out. He was hard working, perseverance and extra ordinarily ingenious. He carried out his duty with vigour”, the vice-president noted.

Also speaking at the event, Kaduna State governor, Mukhtar Ramalan Yero, who was Yakowa’s deputy when he was alive, assured the people of the state of his determination to continue with all the projects started by his late predecessor.

He added that his government believes that the best way to immortalize Yakowa was to complete all the projects he initiated.

It would be recalled that late Gov. Yakowa died in a Nigerian Navy Helicopter that crashed in Bayelsa State alongside a former National Security Adviser, Andrew Azazi, on December 15, 2012.