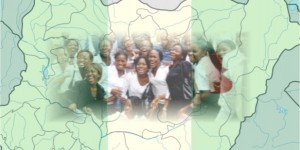 Had the Ghanaian novelist- Ayi Kwei Armah written his 1972 classic a couple of days back, one would have concluded that what was experienced at the University of Nigeria Teaching Hospital, UNTH, Enugu in the course of last week informed the appellation he gave the novel. There, the narrative’s title reverberated not minding that the work is over four decades old. This isn’t about the plot of the novel as that is a different kettle of fish. The point of concern is just the title which asks: “Why Are We So Blest?”

Of a truth, any reflective person who saw or read about what went down at the premises of UNTH last Thursday when the establishment conducted interview for those who had applied for opening for administrative officers, would have appreciated how blest we are in human resources. And if such being is highly philosophical, he would have taken it a step further by asking: Why are we so blest?

The question begs to be asked in lieu of the fact that although just 10 candidates would eventually be employed for the post of Administrative Officer II, no fewer than 8,000 job seekers filed in their application. That is a clear confirmation of our being blest. For it implies that regarding the job of an Administrative Officer, we have nothing less than 8,000 persons who can do that job from the Enugu axis alone. Tell me any other country that parades this number of skilled manpower for just a slot? If you can’t, then know ye that greatly blest are we!
It is incontrovertible that the applicants are very qualified. This is because it is rare seeing a sensible Nigerian who would waste his precious time and dissipate energy by applying for a job he doesn’t stand the chance of being short-listed. This is without overlooking the fact that albeit in the UNTH job opening, out of the 8,000 that applied, only about 5,000 were short-listed. The reason is quite simple; the number of applicants had to be reduced somehow to make the job easier for those in charge of the recruitment process.

Hence, it was not necessarily because they weren’t qualified. It may be that what robbed them of being short-listed could be as minor as not dotting the ‘i’s and crossing the ‘t’s in their handwritten application. They could also have been shut out because one of their documents was rumpled. Aside the trivials, they appear very qualified. The persons I saw struggling to check the list of short-listed candidates exuded confidence that could only have been propelled by their being qualified.

But don’t be carried away. What I have so far laboured to establish is that we have an excessive number of highly qualified labour in this country. And that is very much a blessing even though we don’t have commensurate employment opportunities to absorb these over-bloated job seekers. It is in line with this that the million dollar question cannot but be asked: why are we so blest to the extent that we no longer have need for the excessive blessing? Can that be true: that we have become so blest that we now know not how to harness it? That is very true, if you ask me!

One point I can give to back up this claim is the fact that those who get away with the diadem are often times not those most deserving of it. In plain English, those who ultimately get the jobs aren’t usually the peak of the pack. Indeed, you seldom see among them those who are ready-made for the job in question. For if examination is said not to be the true test of knowledge, in like manner would interviews and job tests not be the true evaluation of who is best for a particular job!

And to make matters worst, the crowd the interviewers have to attend to makes it difficult for them to do away with substantial margins of error no matter how systematic they go about the process. Further, the ‘connection’ factor also accounts for why the best are sacrificed for the not-so-qualified.

All these explain why an unemployed economist will go to the bank and gets embittered to see a banker struggling with a job he has all the training for. The same way, a well-trained but idle broadcaster will be pained to watch an ‘intruder’ fumbling with a script he (the broadcaster) could have effortlessly delivered!

Why then are we so blest if it was to land us in this impasse? Did I just hear someone request such a blessing to be at bay instead of us being so blest? I know many would rather we have more industries, establishments than we have those seeking jobs. But, if that wish holds water, then would we be bereft of industries and job-creating businesses, since no investor will be attracted to a country where the supply of labour isn’t guaranteed.

That line of reasoning would also translate to reduced patronage as  unemployed persons form a major part of those who consume whatever is produced. The more they consume, the more these businesses expand and when there is an expansion, that would generate the need for more persons to be employed. This analysis flows from the verity that government does not employ much of labour. It falls squarely on the private sector which favours an arrangement where unemployed labour can trigger the need for people from among them to be employed.

That should partly answer why we are so blest; That we may, by patronising the goods and services produced by companies around us, work out our getting employed. However, it’s painful to note that they don’t always take this into account when it’s time to enlarge their workforce. This is because they have so many to choose from that patronage becomes inconsequential. But even if not directly, it still favours the unemployed somehow. For those lucky to get absorbed gets out of the competition allowing those remaining a higher prospect of being employed next time.

To further confirm our being so blest, in August this year, we heard of at least 6,251 job seekers applying for 400 vacancies at the Universal Basic Education, UBE, Enugu, where they would expect a monthly salary of N18,000. This goes to show that not only is labour available, it’s also cheap. The national minimum wage is pegged at N18,000, yet, instances abound where graduates collect N15,000 without qualms.

This affordability of labour is a sheer fallout of its availability. On the surface, this seems like a blessing only for entrepreneurs who employ labour, but on a deeper look, it cuts across as it can spur the currently unemployed to take advantage and become employers of labour. It can motivate them into starting their own businesses banking on the fact that labour is cheap. After all, labour is among the factors of production just like capital. So, what are they waiting for?

Let it be known that we are so blest so that we can be among the production hub of the world just like China and India. We can’t be this blest with manpower in quantum yet direct all our attention at just getting into the formal sector with few persons getting involved in the informal sectors. It is with such disposition that we would continue to have up to 8,000 persons chasing 10 positions. This would not help us nor our economy in any way. As such, government should create the enabling environment for this to happen.

The crowd that answered the call at UBE and UNTH alongside the crowd that grace other interview events across the country reveal that God’s kind of blessing to Abraham is surely upon us. That’s why our skilled manpower has become as numerous as the sand on the sea shore. All concerned should, therefore, see to it that this blessing is not abused but put into good use.

We are so blest so that we can always inject new blood into the system. A situation where those who should be retired refuse to go denies us of that. In the same vein, the obsession our government have for engaging the elderly in jobs that younger persons should do also makes mockery of our being so blest. Just imagine that the former SURE-P chairman, Christopher Kolade voluntarily gave up that position because of old age. Left for government, he can stay all he wants!

We should keep in mind that not every country have this kind of luxury. There are countries that don’t have enough skilled labour to drive their economies like we do here. That’s why there is the Technical Aid Corps- a platform through which the Nigerian government exports labour to countries in need of them. Every blessing ought to be harnessed for optimum benefit. When we fail to do that, then would we always have reasons to ask: why are we so blest?

Former Mr. Ejike Ugwuanyi turns Barr. Ejike Ugwuanyi
The joy of members of the family of Late Chief S. N. Ugwuanyi and their well-wishers knew no bound as one of their own, Ejike (my immediate elder brother), was called to bar on Friday, November 29, 2013 after successfully concluding his Law programme at the University of Nigeria Enugu Campus and the Nigerian Law School, Lagos.

Ejyk’s case is a lesson in tenacity as he had since childhood aspired to be a lawyer. Thank God for allowing him the grace to bring his dream to fruition. It’s hoped he will have a successful time in the bar. Many thanks to our mum and siblings who bore the financial burden for him to attain this feat. May God’s blessings continue to rain on us all… Amen.