Home Entertainment Oprah Winfrey On Why She Didn’t Have Kids: “They would have hated...
Facebook
Twitter
WhatsApp 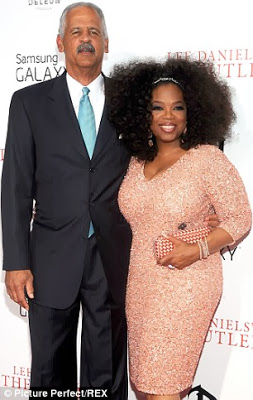 One of the richest women in the world and famous TV legend Oprah Winfrey has been dating one man for over two decades but chose not to get married.

Oprah has no children either and she has come forward to say she doesn’t regret her decision.

In an exclusive interview with Hollywood Reporters, Oprah Winfrey said if she’d had children they would have been neglected because of how busy her life was.

“If I had kids, my kids would hate me. They would have ended up on the equivalent of the Oprah show talking about me, because something in my life would have had to suffer and it would’ve probably been them. Gayle (now a mother of two) was the kind of kid who, in seventh grade class, was writing down her name and the names of her children while I was having daydreams about how I could be a Martin Luther King”.

With a net worth of $2.9 billion, Oprah is one the richest women in the world. She owns TV Network OWN, the O and Oprah Magazine as well as vast real estate stakes.

She has been in a relationship with Stedman Graham since 1986.