The “second-class” citizen nature of Nigerians living in India was again brought to the fore this week after the police in Vashi, Mumbai, failed to register any complaint against a mob of over 100 people who nearly lynched Onouha Lucky. 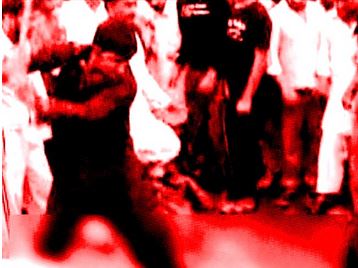 The mob attack on 24-year-old Nigerian occurred after he had a petty squabble over N13 (about Rs5) with a shoeshine vendor.

Lucky asked the cobbler, identified as Sheshrao Purbe, to polish his shoes.

Purbe narrated that he usually charged N26 (about Rs 10), but the Nigerian threw Rs 5 at him.

This led to an argument and Purbe was punched hard on his face. The fight between the two soon attracted a crowd and a mob surrounded the alien.

The angry mob started slapping and punching Lucky. He ran into the Vashi railway station and hid himself in a foodstall to save himself from being lynched. However, he had been spotted by someone, and the mob continued beating Lucky for about 15 minutes before the police rescued him.

The embattled Nigerian was sent to 2-week custody on Tuesday for assaulting the cobbler but the police failed to register any complaint against the mob of over 100 people who had attacked the Nigerian.

It would be noted that the Times of India (TOI) photographer, K K Choudhary, was attacked by a few persons from the same mob which was hitting the Nigerian, as they were afraid that their illegal act would be caught on camera and published in the newspaper.

Meanwhile, the cobbler, Purbe, told TOI that the municipal hospital at Vashi have recommended an X-ray of his three front teeth which were affected after he was punched by the Nigerian.

Purbe’s medical report states that his front teeth are showing ‘Grade 1 mobility’ (slight loosening due to the fight).

It would be recalled that another act of discrimination against Nigerians in India took place about one and a half months ago, as Nigerian was beaten in Goa.