Owerri, Imo State – Business of Owerri traders is affected as local authorities shut down a number of commercial banks. Chairman of Ekeonunwa Market Traders Association, Owerri, Mr John Ibe, lamented the predicament in Owerri on Friday while speaking to the press. 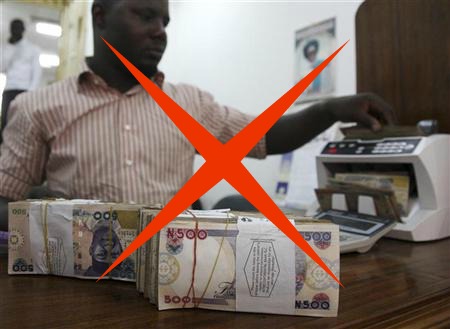 On Thursday, the state government closed some commercial banks in the state for tax default.

Mr. Ibe said the traders have been recording very low sales as many residents could not get cash and go to market because of the development. The situation mostly affected dealers of perishable goods since they had been rotting.

What makes the situation more complex, Mr. Ibe added, is that, since most traders cannot deposit funds in the banks, they are contending with the dangers of keeping money in their homes or shops.

“It is a very serious security threat for us to be keeping huge amounts of money because hoodlums can attack us,” he said.

Ibe called on the state government and the banks to take urgent steps to resolve the matter.

“I am so disappointed at the development because all my goods have perished due to low patronage,” she said.

Okwuonu said that if the situation continued, the traders would stage a protest because their families were suffering.

A taxi driver, Emenike Obani, said since the closure of the banks, some commuters had been begging for free ride, citing the situation as an excuse.

“Since yesterday, people have been complaining that they don’t have money to pay their transport fares,” he said.

Meanwhile, customers have continued to loiter around the affected banks.