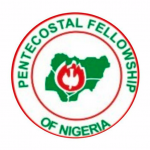 The Pentecostal Fellowship of Nigeria, PFN, has urged the federal government and security operatives to step up their battle against the Boko Haram insurgence, especially as the Yuletide celebration draws nearer.

Anambra State chairman of PFN, Bishop David Eberechukwu, while addressing newsmen at Umunze, Orumba South local government area of the state said many Christians, especially those residing in the Northern part of the country, were already becoming apprehensive, with the increasing activities of Boko Haram in the area.

“We are in December and we recall that this is the time of the year when the Boko Haram sect attacked many churches. Our own part is to continue to pray for peace in Nigeria and we expect the government to do what it can to solve this problem once and for all.”

“At this time of the year, we urge all churches to pray more than ever before so that God will avert all the dangers looming around.

“The wasting of people’s blood has become very alarming and we are worried that unless something is done urgently, there might be a repeat of the kind of incidences experienced in some churches in the North last year whereby worshippers were murdered in cold blood in churches.”

Speaking on the lingering strike by the Academic Staff Union of Universities, ASUU, Eberechukwu urged the university lecturers to call off the strike and return to the classroom as a matter of urgency in the interest of the country’s education system.

“Our children are at risk of becoming the devil’s tools as we know that an idle mind is the devil’s workshop. Nigerian parents have suffered enough and the federal government has tried by accepting some of the conditions given by ASUU which therefore calls for sacrifice on the part of ASUU members,” he said.