A loud explosion from the Conoil filling station, directly opposite the Headquarters of the Nigerian National Petroleum Corporation (NNPC), in Abuja, on December 5, 2013, around 03.00 p.m., triggered a fire outbreak that raged for hours in the capital city.

Several people many sustained injuries, as a result of the stampede to escape from the area. Many people started to panic as they had no idea of the exact cause, feared it was a bomb blast from insurgents.

The pictures below show how, fire fighters from the Nigerian Army, the FCT Fire Service and the National Emergency Management Agency have successfully put it out!

Petrol station workers say no life lost. God Almighty, we hope this would be true…

See the photo report below: 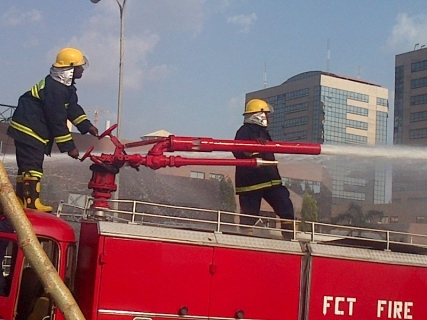 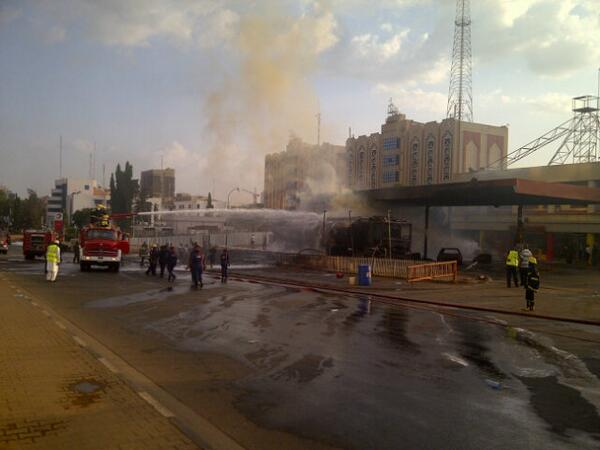 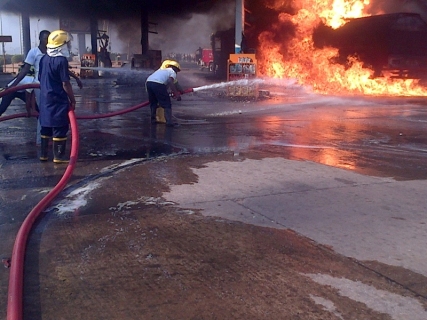 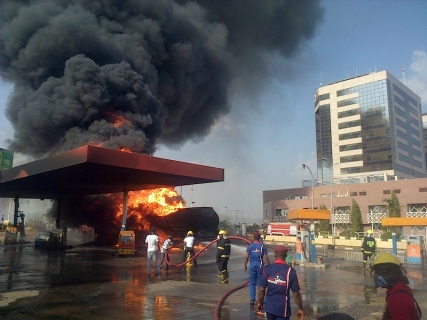 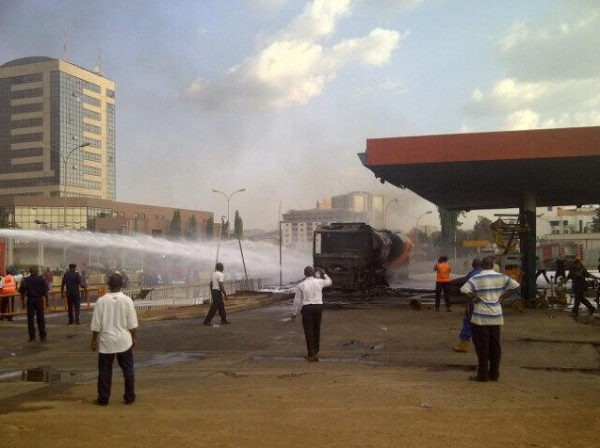