Glitz Africa Magazine have revealed their list of the “20 Most Beautiful Women in Africa”.

In no particular order the most beautiful African women are listed below:

Vimbai is a Zimbabwean actress, model and television personality. Check out the rest of the gorgeous ladies that made their list.

Oluchi is a Nigerian model. She is married to Italian fashion designer Luca Orlandi.

Yvonne is a Ghanaian actress, model, film producer and entrepreneur. She is also a former Miss Ghana contestant.

Dillish is the BBA season 8 The chase winner and co-owner of High definition investments.

Stephanie is a Nigerian actress, film director and model.

Genevieve is a Nigerian actress. In 2005 she won the African Movie Academy Award for Best Actress in a Leading Role. CNN states that she is referred to as the “Julia Roberts of Africa”.

Joselyn Dumas is a Ghanaian TV presenter and actress. She was picked as the 2012 face of the Range Rover Evoque in Ghana.

Chinyere Yvonne Okoro is a Ghanaian actress of Nigerian and Ghanaian origin.

Millen is a former Miss Tanzania and international model. 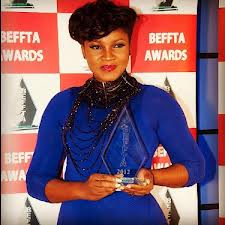 Omotola is a leading actress, singer, and philanthropist from Lagos, Nigeria.

Zainab is a Sierra Leone fashion model, currently based in Istanbul Turkey.

Naa is the Ghanaian titleholder for Miss Ghana 2012. She is known for placing third at the Miss World 2013 pageant in Indonesia.

Nadia is a Ghanaian actress. She received two nominations for Best Actress in a Leading Role at the African Movie Academy Awards in 2007 and 2009.

Lira is a singer from Johannesburg’s East Rand. Her name translates to “love” in Sesotho and she speaks four languages.

All of them are incredibly beautiful and charming but who to your mind is the best of the best? Share with us in comments below!