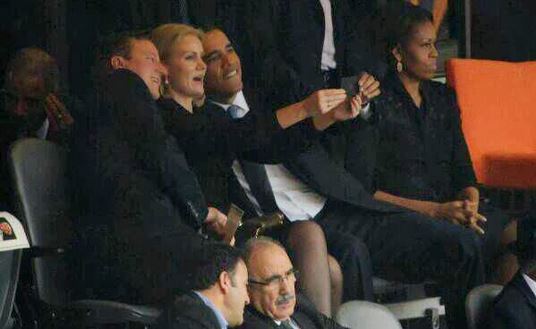 They have faced serious backlash from people since these photos of them taking a ‘selfie’ at Nelson Mandela’s memorial service in Johannesburg was released yesterday.

People online are accusing them of undermining the seriousness of the event by smiling and taking photos on their mobile phones.

The US president and the Danish leader were photographed laughing and chatting during the ceremony, while the First Lady of the United states of America, Michelle Obama was looking unimpressed and did not seem to be amused rather she appeared like she was scowling at her grinning husband.