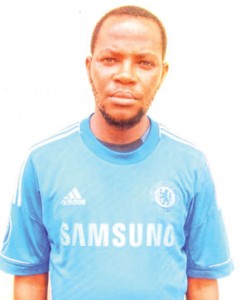 The Special Fraud Unit of the Nigeria Police in Lagos has arrested a thirty one-year-old staffer of a new generation bank, Adeola Olokojobi, for allegedly stealing more than N50 million from a customer’s account.

Olokojobi, who is also the account officer to the customer, was said to have transferred the said sum in various installments into a different account, where it will be withdrawn.

Confirming the arrest, Police Public Relations Officer at the SFU, Ngozi Isintume said the customer who alerted the police, became suspicious of Olokojobi’s activities, when he was not forthcoming with his account balance.

According to her, “the bank’s internal investigation into the account showed a forged instruction by the account officer in April 2013 transferring the sum of N15million to an unknown customer account.

Also, the bank discovered other various fraudulent withdrawals made by the account officer from other customers’ accounts in his care through fake transfer instructions amounting to over N50million.”

Isintume added that he confessed to fraudulent withdrawals amounting to N50,640,748.00 from the account of the customer by transferring funds into the accounts of customers with forged signature and subsequently withdrew same.

“The funds were used to finance his political campaign, proposed pure water company and purchase of an uncompleted building at Sango-Ota, Ogun State,” Isintume said.