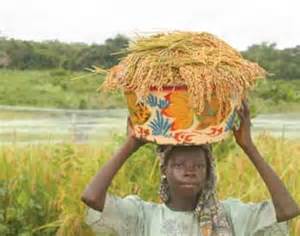 The Association of Senior Civil Servants (ASCSN) on Friday advised the Federal Government to raise local production of rice before enforcing the ban on its importation.

Mr Basir Lawal, General Secretary of ASCSN, in Lagos said that the country could produce to meet the current consumption level of rice.

The government announced the plan to stop the importation of rice by 2015 as part of efforts to ensure sufficiency of local production by the current administration.

Lawal advised the government on the need to get the local production at optimal level before the ban.

“If the government should implement its policy on banning importation of rice, it will increase smuggling and other sharp practices will thrive.

“It will also cause the government to lose billions of revenue instead of accruing more.

“The income that is supposed to come to the coffers of the government will be diverted,’’ he said.

Mrs Arike Ishola, a civil servant, said that efforts should be made to boost local production and milling so as to end the dependence on food imports.

Ishola said that the nation had the capacity to produce enough rice to meet local demand and for export.

She said that the government should design a comprehensive programme to meet its set target of making rice available and cheap for the populace.

Mr Emmanuel Aboh, a civil servant, said that ban on importation of rice would be more effective if the policies put in place to boost local production were harmonised with fiscal policies.

Aboh said that there should be an all-inclusive strategy along the entire value chain to link the farmers, millers, marketers and industry to improve local production.

“We do not support a premature ban on imported rice until certain minimum conditions are met.

“The first is that local production and milling capacity must be sufficiently high,” he said.