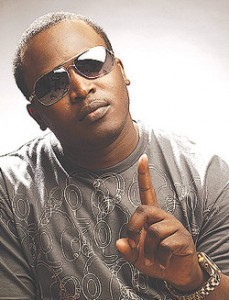 Eldee had quickly followed suit with his own post

“Hopefully, one day soon, Africa will realize that the #anti-gay sentiment is no different from racial or religious discrimination. #RaceCreedSexualOrientation #Discrimination

His post is now trending hot on social media with majority of the comments suggesting Eldee may have burned himself this time;

“No elDee. I won’t hate u. Not yet. But th next time you speak, pls connect tongue to the brain. We are Africans and gay in all its ramifications is anti- Africans. Talking about free will to do what one pleases, I pray we won’t see that day when some group of over zealous psychos will advocate for the right to kill when u feel as to.” wrote a Jacob De Cleopas on a famous bloggers wall.

“I said it earlier, the devil in the last days will use idol figures in political, economical, media, religious, entertainment sector to influence and institute his own ideals in the world, watch out for them especially in the entertainment sector, it is a very vital sector for the devil to lead many away with too much wealth and make the world too attractive for you to bother about heaven, also easy to influence the youth with entertainment, u guys aint seen or heard nothing yet, more revelations to come, very soon most will reveal their logos” wrote another online commentator.

But not all of the comments have swung hard at Eldee. A strong supporter wrote “I think he is right if you wanna love a goat its your problem and if you a gal and wants a gal then its your decision, nobody should force anybody into what they don’t want they will answer for themselves on judgement day…”

Majority have called him out to take down the post on his wall but Eldee has made no further comments on the isuue and has not removed the post.