Home News Feed Reps Give Okonjo-Iweala A ‘Homework’ In A Form Of 50 Questions Due...
Facebook
Twitter
WhatsApp

The House of Representatives committee on finance has given the Minister of Finance, Ngozi Okonjo-Iweala, a ‘homework’ in the form of 50 question as the lawmakers walked her out from the meeting on the state of national economy on December 19. 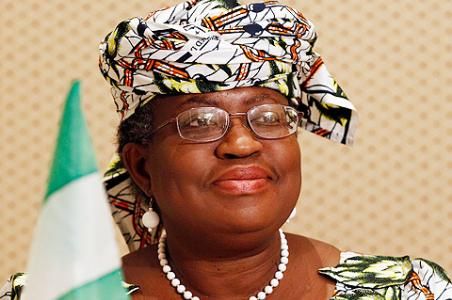 TheMminister had appeared before the committee chaired by Honourable Abdulmumin Jibrin but said she had felt bad.

Jubrin ruled out that in this circumstances they could not take on the Minister but that they would give her “the 50 questions” for which she must respond to in writing within two weeks.

The Reps have made a good job to make the questions as detailed and tricky as possible.

Okonjo-Iweala will have to say what the the major economic achievements of the 2013 fiscal year, and if the government has managed to reduce the current expenditures as was planned.

The lawmakers also wonder why has the Minister forecasted economic growth at only 9-10 per cent, and challenge her asking:

“Don’t you agree that a good finance minister managing an economy like ours should be celebrating a GDP growth as high as 20 percent annually? Why is it that our economy cannot grow beyond a single digit?”

Moving from microeconomic indicators to more specific areas of the Nigerian economy, the Reps ask Okonjo-Iweala to assess the success of the recent privatization taken into account the lack of actual improvement in the power supply.

They also ask the Minister to comment the November 12, 2013 statement credited to the World Bank Country Director for Nigeria, Marie-Francoise Marie-Nelly, who said that over 100 million Nigerians live in absolute poverty, comprising 8.33 percent of the world’s total number of people living in destitution.

Okonjo-Iweala will also have to say how much money has been lost in government revenue as a result ofimport duty waivers in 2011, 2012 and 2013, and describe the implications of the loss to the country’s economy.

The lawmakers also ask the Minister why has EFCC not been proper funded, and how, given the lack of funding, the commission should be expected to fulfill its duty, which is to tackle corruption in Nigeria.

Citing the success of China and Brazil that are developing according to their multi-year development plans designed well in advance, the Reps request the Minister to explain,

“why we are yet to adopt such a multi-year development model? why wouldn’t you agree that Nigeria too needs that in order to move faster and more sustainably in its quest for industrialization and economic diversification and job creation for millions of the country’s unemployed young men and women?”

Besides, the Minister of Finance will have to explain the drop in the external reserve position and thebalance on the excess crude account from 48$ billion and 9$ billion to 43$ billion and 3$ billion respectively.

The Reps also demand the Minister to clarify why job creation is being so slow in the country and why the private sectors does not play an leading role in the creation of employment opportunities.

“Would the Minister say that the various Government initiatives at job creation have not lived up to expectation as they affect only a very small part of the population?” ask the lawmakers.

In two weeks we will see how well the Minister of Finance will have prepared her homework.