Mercy Johnson Okojie is the highest paid actress in Nollywood right now. Besides being one of the most sought after actresses, the dark skinned actress has placed herself on a pedestal where she now charges up to N2million fee for a movie. 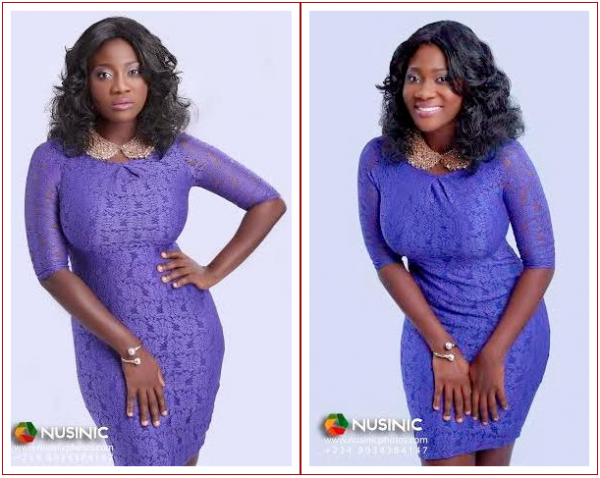 In the last few years, films with Mercy Johnson’s name and face in it, have some what become an indication that the film will turn-out a best-seller. Recognising this fact, it is no wonder the actress has pushed up her fees high up for marketers and producers who request her to feature in their flicks.

A few months ago, the Film and Video Producers and Marketers Association of Nigeria (FVPMAN) threatened to ban the actress for allegedly becoming exorbitant with her fees, which have shot up as high up as N2m for a movie role, while the rest of her peers are paid between N700,000 and N1.2million. In her response, Johnson answered her critics to go for less payable actresses, if they are unable to pay her by saying, ‘Wats wrong when u keep quiet till u no wats up? no petition, no complain just fees those who can’t afford Heineken should stick with ‘Kai kai’.

The 28year old actress made her acting debut in the movie ‘The Maid‘ in which she played the role of a possessed house help. Her performance in the movie shot her into the limelight and has acted in other major movies ever since. With all her talents and assets, it is no wonder some media pundits have agreed that she is the most exceptional actress for the year 2013.

When Nollywood filmmaker, Charles Novia drew up his list of the ‘Best 5 Nollywood Actresses for 2013′, it was not surprising to find Mercy Johnson’s name on the top of the list. ‘There’s something ultra-natural and organic about Mercy Johnson which confounds even her critics’, Novia said. ‘In four movies I watched in 2013, which she starred in, she was the epitome of delightful characterisation. Watch her in the ‘Dumebi’ spawn of movies and you would appreciate how her talent has evolved since she came back from her maternity break’.

Last week, MJ as the actress is fondly called became the subject of discussion on twitter when Rubbin’ Minds host and Ebony Life TV presenter, Ebuka Obi-Uchendu tweeted his admiration for the actress’ work. ‘Mercy Johnson makes a lot of ‘leading ladies’ in Nollywood look like amateurs. Yes, I’m talking about all your favorite divas and A listers’ Uchendu tweeted.

Already, since her return to Nollywood, she’s featured in about six productions, including the Tchidi Chikere produced comedy, ‘Dumebi Goes to School‘, a sequel to the hilarious ‘Dumebi The Dirty Girl’ which won her the award for the Best Actress in Comedy Role’ at the 2013 Africa Magic Viewers Choice Awards (AMVCA).

Besides her acting skills, everybody just loves Mercy Johnson. She’s pretty much the ultimate girl crush right now. One thing for sure is that she isn’t planning to relinquish her position anytime soon as she tweeted, ‘Na God do am and only he can take it back. Not yet time gurls stay back‘.