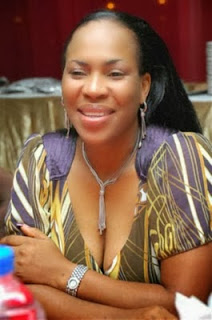 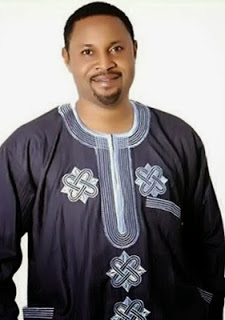 This whole is issue is funny oh. Saidi Balogun would always reply accusations and while doing so, he would say he is too busy working to reply.

Yesterday the actor’s ex-wife Fathia Balogun released a press statement saying that her husband actually took her to court over the use of the name – Balogun.

Saidi says they are court for something else and not over any name.

Yesterday I was accused of lying to the press on a recent rumor that has been circulating. I separated from my ex-wife Fathia Balogun in 2006, over 7 years ago. Since we were legally married in court, we had to legally divorce in court to finalize the issue. The public is welcome to go to the Lagos High Court to verify these records. This has absolutely nothing to do with any name. I am not asking or forcing Fathia to stop using the name Balogun, as it is one of the most common Yoruba names.

Furthermore, to set the record straight, Fathia and I had two children together not three. Fathia’s first child is from a different husband that she later divorced before we were married. I never lied to anyone.

Journalists presented me with a rumor that had no basis in fact, so I simply stated that I DO NOT WANT MY PRIVATE LIFE MADE PUBLIC. IT IS MY PRIVACY AND CONCERNS NOBODY.

I decided to stay quiet as the two parties involved in this issue are over 40 years old, and I think we are old enough to handle this issue MATURELY instead of turning our private matters into a public gossip debate.

I hope this issue is now clarified for the public, as I SAIDI BALOGUN am divulging the true facts myself instead of using a MISINFORMED publicist to do so for me.

There are so many positive aspects of Nigeria’s entertainment industry, we would rather focus on negative meaningless noise instead of these positive components.

PLEASE GIVE ME THE RESPECT OF KEEPING MY PERSONAL LIFE PRIVATE AND OUT OF THE PUBLIC EYE. I AM FOCUSING ON MY WORK. THANK YOU!