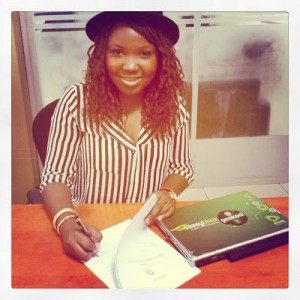 Veteran female rapper, Sasha P has hit a jackpot as she recently signed an endorsement deal with telecom giants, Etisalat.

Sasha P has been dormant on the music scene for a while but it seems Etisalat still thinks she is a major as they put money on her head.

Sasha joins the league of artistes who have signed for Telecommunications giant, i.e. Seyi Shay, Olamide and Ice Prince.

“Death Teaches Us How Fragile Life Is” – Toke Makinwa

“I Almost Passed Out,” Singer Simi Says As She Meets J Cole (Video)