The New-York, United States-based news publisher SaharaReporters has conducted an investigation and found out that the controversial plan to sell Nigeria’s four oil refineries has reached the next stage. 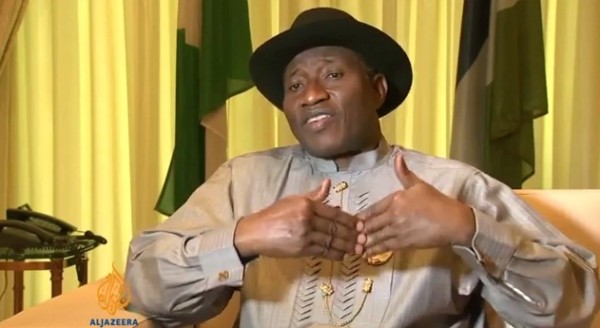 The same medium had previously revealed the plan to hand over the national assets to friends and associates of President Goodluck Jonathan and Minister of Petroleum Resources, Diezani Alison-Madueke. It has been so arranged that the Minister’s friends would emerge as the preferred bidders.

The “highly reliable” sources both in the Presidency and oil sector disclosed that a prominent member of the Peoples Democratic Party (PDP) has been designated to buy one of the two refineries in Port Harcourt. Benny Peters, the owner of Aiteo Energy, is one of the major beneficiaries from Nigeria’s notoriously fraudulent fuel subsidy payments, a friend to Ms. Alison-Madueke and President Jonathan.

The Warri refinery is to be sold to Igho Salome’s Televaras, while the Kaduna refinery will go toSahara Energy.

Televaras is owned Mr. Igho Salome, and has been under the spotlight because of its sudden rise to prominence. It recently secured the Afam Power Plant in a privatization deal, despite not having any previous experience in the power sector. A BPE source said the company was arbitrarily announced as the winner. The Afam Power Plc was among the 18 PHCN successor companies which were put up for sale. None of the bids received for Afam Power Plc was deemed qualified, but Televaras was curiously announced as the winning bidder.

The Federal Government’s apparent rush to sell the refineries raises many questions, experts say. Arrangements are being made while the Petroleum Industry Bill (PIB) has not been passed by the National Assembly. This omnibus bill covers virtually every aspect of the oil industry and is currently being considered by the federal lawmakers.

“By rushing to make a pronouncement on the sale of the refineries, it does not need a genius to know that Alison-Madueke is up to something,” a source at the Nigerian National Petroleum Corporation (NNPC) revealed. “If you go to the Bureau for Public Enterprises (BPE) today, honest officials will tell you that they are under pressure to proceed with the sale. The agenda is very clear.”

Furthermore, according to an official at the Ministry of Petroleum Resources, the major worry in the Ministry is that most of those positioned to emerge as “preferred bidders” do not have any experience in managing refineries.

“Even though Madam [Diezani Alison-Madueke] may not listen to anybody, we believe that she should allow other players to come into the sector. All these favored guys are getting the juiciest assets in the country. The feeling we have here is that they are just fronting for her. She is basically going to sell these assets to herself. It makes sense to throw the process very open and allow new players to come in. I am already a marked man because of the critical questions I have raised on these things,” the official maintained.

Sources within the BPE also indicate that certain officials are worried by the sudden haste in the privatization process.

“Under normal circumstances, and I am talking about the international standards we have adopted in this agency, the privatization would not have ended by the 2015 general election. That is if we want to do things normally. But we are being asked to sell as quickly as possible and this is certainly fishy,” the official said.

The official said, however, that he was not in support of the view that the sale of refineries should wait until the PIB is passed. He warned that “politics has already consumed the PIB and nobody knows for sure when it will be passed.”

The Swiss document, Berne Declaration, noted that the Nigerian oil firms established the so-called subsidiaries primarily for tax advantages and also for easy access to international capital. But four of the companies, namely Sahara Energy, Rahamaniyya, Aiteo Energy and MRS, were investigated by the House of Representatives ad hoc committee and cleared in a widely discredited report that culminated in the infamous $300,000 bribery scandal involving Farouk Lawan, the chairman of the House probe committee, and billionaire businessman, Femi Otedola.

According to the Swiss report, the opaque partnership between the NNPC and some Swiss oil traders ensured that the profit generated in transactions escaped state coffers. Describing the scam as “not trivial,” the report added: “By way of example, in 2011 the amount withheld from state coffers came to $8.739 billion. The public coffers were directly penalized. The same year, the revenues from oil fell by 39 per cent against the amount budgeted. And this is despite a rise in the price of oil.”

Two weeks ago, a letter Governor Sanusi Lamido Sanusi of the Central Bank of Nigeria addressed to President Jonathan was leaked to the media.

The letter alleged that the NNPC had failed to remit nearly $50 billion in crude oil earnings at the country’s bank. After a series of meetings between CBN officials as well as officials of the Finance and Petroleum Ministries, Mr. Sanusi disclosed a week ago that the amount of oil export earnings the NNPC had not accounted for now stood at $12 billion. Finance Minister, Ngozi Okonjo-Iweala disputed his figure, asserting that the discrepancy stood at $10.8 billion. There has been no further information about the whereabouts of the missing funds.