A landlord who damaged one of the eyes of his tenants will know his fate tomorrow at the Ejigbo Magistrates’ Court, Lagos State, western Nigeria. 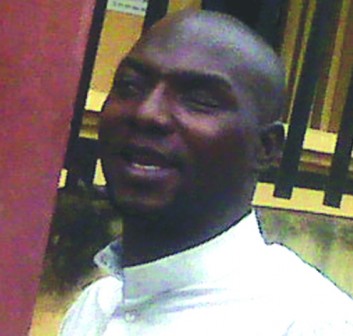 The court will tomorrow sentence the landlord, Rasaki Elegbede, who pleaded guilty to the offence of damaging his tenant’s eye during a fight.

The police in the charge sheet accused him of using an object to hit one of the eyes of his tenant, Alfa Fatai Adekola, during a fight over payment of electricity bill.

Adekola’s left eye was damaged and doctors confirmed that he cannot see with the eye again.

The victim told the police in his statement that his eye was damaged beyond treatment by the accused during a disagreement over electricity bill.

Elegbede was arrested and charged before the court where he pleaded guilty to the three-count charge of assault, wounding and conduct likely to cause breach of public peace under the Criminal Code. The presiding magistrate, Mr P. E Nwaka ordered that he should be remanded in prison custody at Kirikiri Prisons, pending his sentencing tomorrow.

In his statement to the police, the accused admitted collecting money from the tenants to pay the electricity bill but did not pay before their light was disconnected by PHCN officials.

A protest by the aggrieved tenants led to a fight during which the accused used a heavy object to hit Adekola in the eye. When Elegbede was arraigned in court on Monday, he pleaded guilty to the charge and asked for leniency. He told the court that he had already given the victim N20,000 out of the N65,000 needed for his treatment.

The court found him guilty as charged and adjourned till 4 December, 2013 for sentencing.