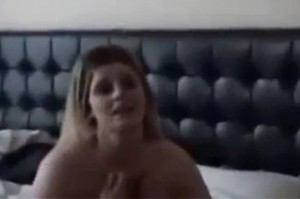 A husband has got revenge on his cheating wife by posting a video of her caught red-handed online.

It’s fair to say she won’t have expected this.

He didn’t even give the terrified woman time to get dressed before he whipped his camera out and said: “This is going to go on the internet.”

His wife quickly begged him not to do it, and turned the waterworks on for good measure, but her disgruntled husband was not budging an inch.

The angry cameraman even started shouting at her for not doing the beds enough or having enough food in the fridge, saying he should have guessed she was having an affair because of it.

This video could possibly be the worst punishment possible for getting into bed with another person.