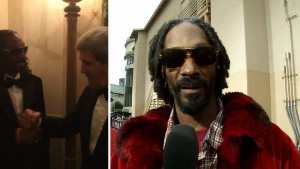 When US secretary of state John Kerry met Snoop Dogg at a White House party, they sealed their friendship with something a little less formal than a handshake.

A video posted online by the rapper shows Kerry leaning in and giving Snoop ‘dap’ – which is known more to UK non-rap artists as a fist bump.

Critics questioned the decision to invite Snoop to the White House party, thrown for recipients of the of Kennedy Centre Honours, a lifetime contribution award for the performing arts.

But Kerry cemented Snoop’s transition to respectable socialite, chatting with him for several minutes at the party before offering a fist bump.