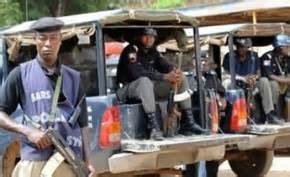 The Police Command in Sokoto State said it would mount 24-hour surveillance of Churches, banks, highways and other public places during the forthcoming Yuletide celebrations.

The Commissioner of Police in Sokoto, Shua’ibu Gambo, made this known when he spoke with the News Agency of Nigeria (NAN) in Sokoto on Sunday.

“For the forthcoming Christmas and New Year, we are working round the clock in this direction.

“We have put all the officers and men in the 23 local governments and Area Commands on red alert,’’ he said.

According to him, special care is being taken to make Sokoto State peaceful during and after the celebrations.

“Additional personnel have been drafted to Sokoto city and its environs from the various area commands and divisions to the various Churches, intra-city, inter-city routes and other public places.

“Additional patrol vehicles and plain-clothes security personnel have also been drafted across the state,’’ he said.

The commissioner added that the command had increased the tempo of inter-agency cooperation to further secure lives and property of the residents of the state.

Gambo also restated his call on the people of the state to assist the security agencies with intelligence reports.

“The task of ensuring security across Nigeria is the collective responsibility of all Nigerians,’’ he said. [NAN]