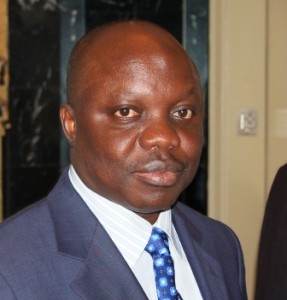 Speaking during a meeting at the weekend with traditional rulers, security agencies and other stakeholders at the Government House Annex, Warri, Uduaghan restated the growing nation-wide clamour for state police during the well-attended meeting.

He observed that the measure was capable of tackling the security challenges bedeviling parts of the country.

Uduaghan’s call was in response to an observation by the traditional rulers that the inadequacy of policemen in the communities was militating against effective security in the country.

According to him, the idea of state police is not a bad one, considering the fact that men and women of the Nigeria Police have been reduced to arbitrators on trivial domestic issues, which should be ordinarily left in the hands of local, municipal police. He said the power given to the state police must be less than that of the federal police.

“The Nigerian Police is presently overburdened with handling many sundry issues. As things are presently, there is no way the Nigeria Police could measure up with the security challenges in the country as it did not have the required personnel to perform optimally. Based on this, there is the need for the creation of State Police that will handle some of the less serious issues which the police are presently saddled with.

The state police, he stated would only complement the efforts of the Nigeria Police Force and the spate of violence and criminal activities, including illegal bunkering, kidnapping and armed robbery could be tackled more effectively.