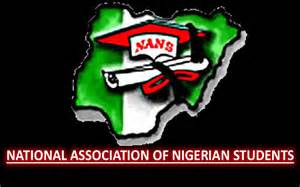 Members of the National Association of Nigerian Students (NANS) have declared that the six-month nationwide strike embarked upon by the Academic Staff Union of Universities (ASUU) would turn around the fortunes of the educational system in the country and launch it back to reckoning in the global ranking.

The newly elected NANS’ South-west Coordinator, Sunday Asefon, said this in a statement issued yesterday in Ado-Ekiti. He also lauded the doggedness of the leadership of ASUU over its fight to rescue the country’s universities from decay.

NANS warned that it won’t hesitate to join ASUU in future to fight the federal government should it renege on the agreements with the union.

According to the statement, “the victory recorded in the nationwide strike by ASUU was a victory for all which history will not forget.

“This will bring to an end poor infrastructure on campuses, poor laboratories, high rate of cult activities, victimisation of students by lecturers and other social vices.”

NANS lamented the upsurge in the level of armed robbery across the country; “The recent massacre in Offa and Ikere Ekiti arising from armed robbery attacks on banks by men of the underworld was of high priority and we call on the security agencies to look into the matter and apprehend the culprits,” the body said.

The students’ body also tasked the government at all levels to direct attentions to the dilapidated state of roads across the country, saying the scourge has caused a geometric increase in the number of deaths on Nigerian highways.