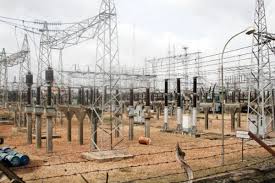 The management of the Transmission Company of Nigeria (TCN) has said that one of its transmission towers, the Afam–Alaoji 132kV double circuit (DC) transmission line has collapsed.

This is contained in a statement issued by TCN General Manager (Public Affairs), Mrs Seun Olagunju on Monday in Abuja.

It explained that the incident occurred on Dec. 19, during the ‘restringing’ of the vandalised sections of the 132kV double circuit transmission line.

It noted that the contractor handling the job was already midway through restringing the vandalized 132kV double circuit transmission line when the tower collapsed.

Electricity supplied through the 132kV double circuit transmission line helps to augment power supply to Port-Harcourt, to avoid overloading the 150MVA transformer at Afam in Rivers State, whenever the Rivers State power plant at Afam is not available.

It said the effect of the loss of the transmission line would not be felt immediately, due to the fact that most industries have closed for the holidays.

The company said that its quick response engineering team was already on ground to assess the level of damage with the view to putting in place remedial structures that would temporarily, ameliorate the effect of the loss of the line.

It also said it was urgently working towards re-building the tower as well as ‘restringing’ the 132kV transmission line, to restore normalcy early in the New Year.

The TCN enjoined Nigerians to partner with it in apprehending vandals of the nation’s electricity infrastructure, so that its goals and timelines for achieving a reliable and expanded network would be realized. (NAN)