The conventional media will give you all sorts of stories about which holiday foods are “high calorie” or have too many grams of fat, but it seems no one in the mainstream media is willing to tell you the rest of the story: How to avoid the cancer-causing chemicals, toxic heavy metals, GMOs and artificial ingredients found in holiday foods. We give you the real story on what you truly need to avoid.

If it’s artificially colored, it’s bad for you. And when it comes to holiday cookies, cakes, muffins and other treats, people have been brainwashed into thinking that Christmas time somehow means all their foods should be inundated with synthetic RED and GREEN dyes.

How do you make a batch of Christmas cookies? You take a regular batch of cookies and you dump a bunch of green food coloring in it. Then you put red sprinkles on top, feed ’em to the kids and watch them all climb the walls while their parents scramble to find their ADHD medication.

#2) Anything made with vegetable shortening

Aside from the fact that vegetable shortening is loaded with trans fats — recently declared “unsafe for human consumption” by the FDA — it’s also a source of cadmium, a toxic heavy metal with a half life of nearly 30 years in the human body.

Beware of holiday processed meats — especially the ones that require no refrigeration. Did you ever wonder how they last so long in their plastic packaging without rotting? It’s because they’re blended with sodium nitrite, a cancer-causing chemical that kills bacteria.

If you are crazy enough to actually eat some of these meats, make sure you take plenty of vitamin C with it, because vitamin C helps block the formation of cancer-causing nitrosamines from eating sodium nitrite.

#4) Eggnog drinks made with refined sugars

Watch out for holiday eggnog drinks. They will often combine high-fat dairy liquids with liquid sugars. Some don’t even contain eggs, and others are made with high-fructose corn syrup (read the labels to avoid).

Interestingly, the healthiest part about eggnog is the spices. Nutmeg and cinnamon, two spices commonly used in traditional eggnog recipes, are both used in Traditional Chinese Medicine, and they both have genuine nutritional value. Unfortunately, most commercial eggnog sold today uses artificial flavors instead of real spices.

If you want to drink eggnog this holiday season, make it yourself! (And don’t forget the rum…!)

Check out the ingredients on many commercially-available stuffing products, and you’ll find monosodium glutamate.

Yep, many stuffing products are stuffed with MSG, a neurological poison that causes neural cell death. If you stuff your face with stuffing, you’re also stuffing your head with an excitotoxin, and that’s not good at all, especially considering all the other brain-killing substances people tend to abuse from now through New Year’s Eve.

Read labels to make sure you don’t buy or consume stuffing made with MSG. Keep your brain cells alive while you got ’em!

There’s a lot of drinking that goes on during the holidays, and most people don’t realize the extreme danger caused by combining alcohol with Tylenol. It’s astonishing that Tylenol is even sold over-the-counter, given how toxic it is to the liver. Taking Tylenol while drinking alcohol can actually cause permanent liver damage and even death

The bottom line? Protect your health this holiday season. Stay away from foods that contain toxins, and don’t pop pain pills when you’ve had alcohol.

If you play it smart, you can enjoy the holiday and still be alive and healthy to see another year. 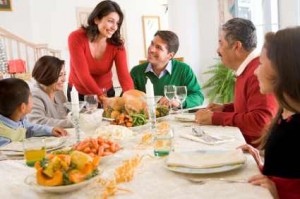